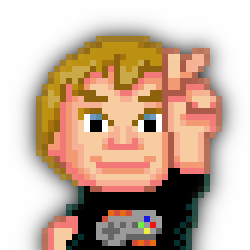 Hello and welcome to my Portfolio! My name is Markus Wall and I’m a professional game programmer from Germany.

Ever since my early childhood, I’ve been obsessed by video games. Growing up in the 90s, I quickly fell in love with games like Super Mario World, Secret of Mana, Super Metroid and more. Even back then, I already knew that my dream was to become a game developer one day.

In the early 2000s, I took my first steps into actual game development, playing around with tools like RPG Maker 2000. A few years later, I learned the basics of 65c816 assembler and used them to create my own Super Mario World ROM hacks. It wasn’t until 2008 that I took my first Computer Science classes at school, learning my first higher-level programming language in Pascal and even developing my first complete game with a few classmates. I went on to learn further programming languages at home.

From 2012 to 2014, I studied Game Programming at Games Academy in Frankfurt/Main, where the focus was on developing multiple small game projects in teams. I worked on both 2D and 3D games, learning programming languages like C# and C+ and using popular game engines like Unity and Unreal Engine. Ever since 2014, I’ve been working in the games industry professionally.

In all those years, I’ve never lost my passion for playing and making games, and I keep doing so, even in private.